So which magnification for "normal" UV shooting might be achieveable?

Target was again a Mexican Zinna, this time using a very special UV lens, a fully corrected 41mm Quartz/Fluorite lens which has been developed in Russia for their Mars missions: 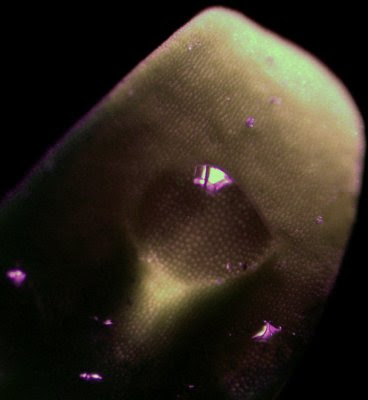 And yes, the resolution shown here in this 100% crop is pretty impressive, clearly showing single lens cells. What you see btw. as flower petal in nature is just 1.5mm wide.

More info on this very interesting field may be found on my site http://www.pbase.com/kds315/uv_photos>
Gepostet von Dr Klaus Schmitt unter 1:48 AM

So really no >Aura<> photography here. Let's have a look at what happens here. Again my favourate target has been used, a Mexican Zinna. First a shot directly from the camera, now using a f1.3 75mm old Xray lens. 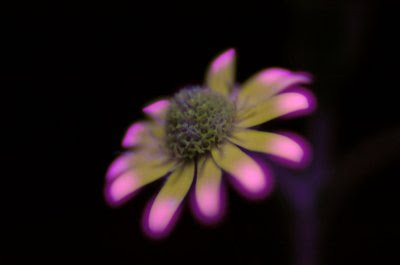 So what do we see here now? Obviously a mix of UV, visible and IR light. But what produces that halo around that flower? Let's look at the RGB channels to find an answer. 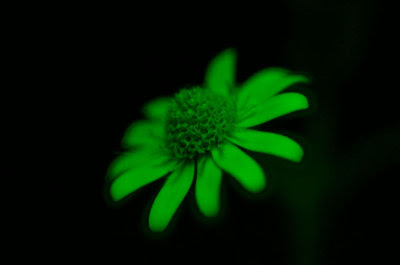 While the green channel seems to have mainly recorded the visible light, since that was the flower part I had focused on.... 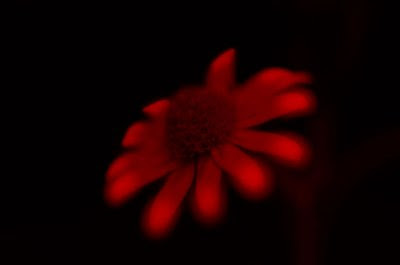 the red channel seems to have captured some IR and some UV, since the point of sharp focus is quite in the back: 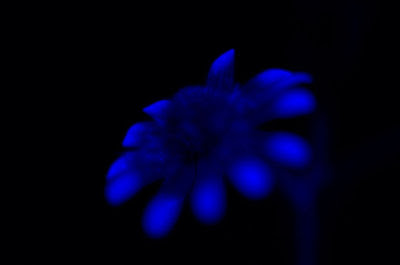 And finally the blue channel seems to have mainly recorded UV light, since the focus also lies way in the back and the center seems to be quite blurred (due to the large aperture used). The UV pattern of the flower gets clearly visible since the tips have strong UV reflectance.

More info on this very interesting field may be found on my site http://www.pbase.com/kds315/uv_photos>
Gepostet von Dr Klaus Schmitt unter 12:37 AM


Today I tested my new adaptor which allowed me to mount that old f0.75 50mm Xray lens to my camera. So I wondered if it would be able to take UV shots also with that big hunk of glass (which, by theory should not be expected...).

That lens has no built in aperture, so all shots were taken at f0.75 with the resulting extremely shallow depth of field.

Target was again a Mexican Zinna. Here now some shots straight from the camera and the reason why I called it THE GLOW: 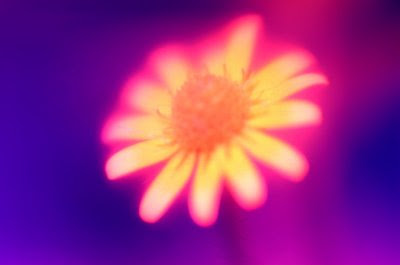 And indeed there is UV in that shot, but also IR, since I used no filter in front of the lens and the light source was a Nikon SB-140 equipped with SW-5UV filter. 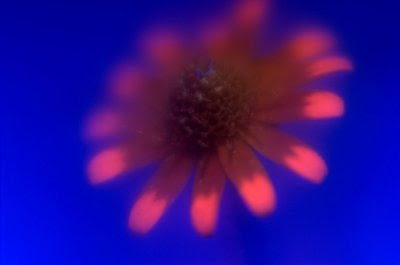 UV fluorescence getsalso visible which shows the pollen and makes some fuzz and spider webs visible. The following shot has been balanced to bring out the natural color of the flower and this now shows clearly the UV pattern of that flower. IR finally looks like that, filtered through some IR transmitting glass in front of the lens. 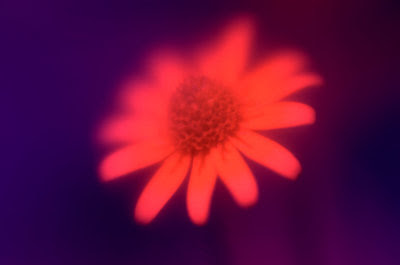 More info on this very interesting field may be found on my site http://www.pbase.com/kds315/uv_photos>
Gepostet von Dr Klaus Schmitt unter 1:30 AM