Today again about that Quartz Fluorite catadioptric ZUFAR-2CA f4/350mm anastigmat lens which had been developed for the Soviet MARS 2 to 5 missions to planet Mars. I'm rather excited to report that I  found and bought the grandfather of this ZUFAR-2 space lens from planet Mars exploration, a prototype lens with a very different internal name Ob-512, but company data (LOMO) I was able to locate confirmed my suspicion, it is indeed one or even "the" factory prototype of it. 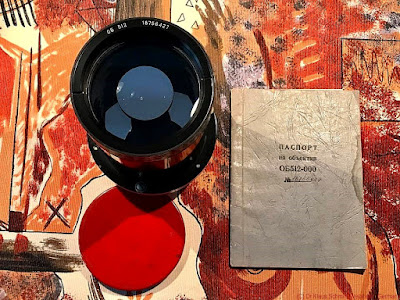 The prototype OB-512 also was made of synthetic Quartz and Calcium Fluorite (CaF2) crystals to be able to work in UV and also visible light, designed for 200-700nm without focus shift, so actually is an apochromatic (APO) f4.7/350mm catadioptric lens as per its lens passport. Lens transmission is >57%. Viewing angle is approx. 3 degrees (later 4 degrees). Image diameter 24.6mm. 51mm back focal length. Its weight is 2.2 kilograms, which was later changed in the final ZUFAR-2 CA lens to 1.8 kg using special alloys, as every gram counted then for space missions.

Those ZUFAR lenses have been designed in the 70s under the lead of Institute head and chief designer Prof. Volosov together with N. Khmelnikova, I. Driatskaya, K. Mikhailova at GOI, the russian state lens design institute in St. Petersburg / Leningrad. Details were published by Prof Volosov in 1974. 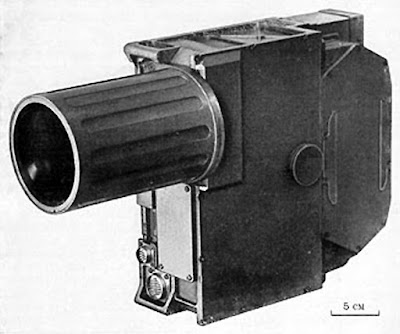 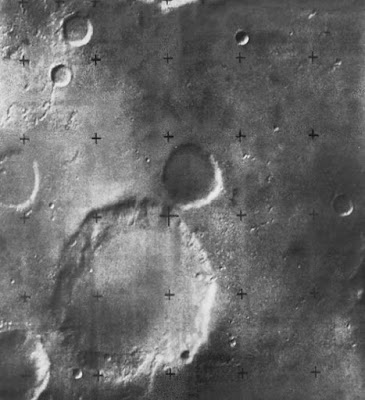 Data of this lens, as well as its normal (= non catadioptric) quartz fluorite sister lenses with shorter focal length may be found on my macrolenses database site HERE

There is more about this lens HERE.