I just got an UV lamp/flash based on the powerful 250mW Nichia NCSU033A 365nm UV LED which was specifically made for my photographic goals.

Here now the first pre-production sample and some results. It is made to operate from mains but also from battery (8..16Volts) so would also allow portable operation for many hours. The LED is built into a cooling cylindrical housing and will also be equipped with an adaptor for an UV light guide (quartz or liquid). Power is adjustable from 0...100% and I have also foreseen a 10% and 100% switch. To trigger that via the camera is the next thing to work on.

This is how the first sample looks like, nice I would say:
[click on image yields a larger version]. 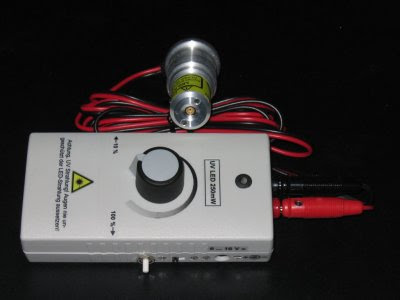 The emitted wavelength depends a bit on the power the LED operates at, but the shift is small (367 @10% vs. 369nm @ 100%), see attached spectras. The output of visual light is indeed very small, but of course visible esp. at full power. 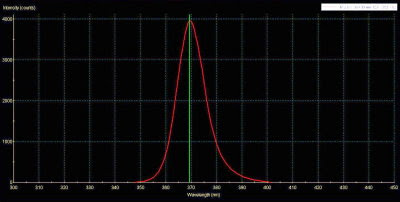 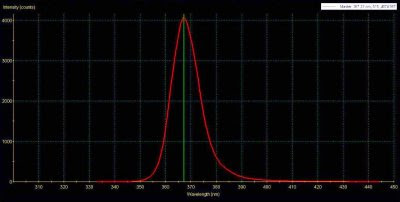 The UV LED showed only minimal long term drift due to thermal effects of ca 0.7nm
(from 370.0 to 370.7nm after 20mins @100%); start temp: 20 degrees, end temp ca. 42 degrees Celsius. The green line was the center wavelength at start, the blue line  shows the minimal shift of that wavelength over time thanks to the excellent control
logic: 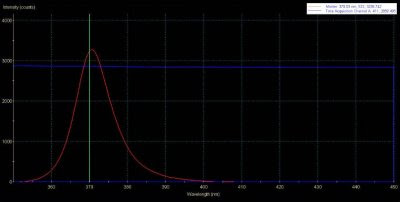 Now on to the photographic results using that UV LED. Target here was a Rudbeckia flower, since it sports a nice UV pattern. 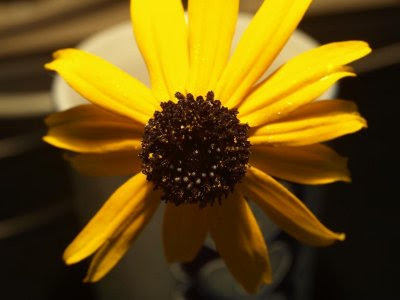 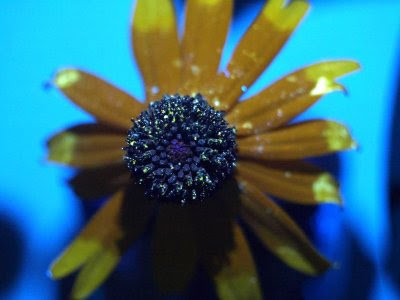 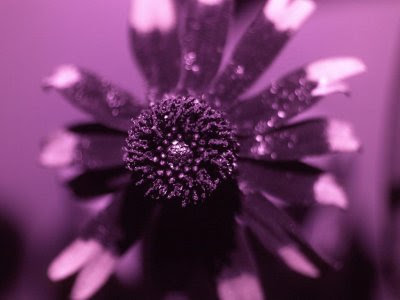 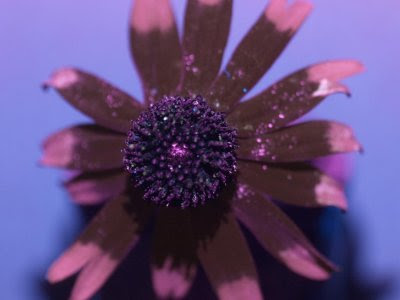 Unaltered shots directly from the camera, just sized down.

And here some test using synthesized DOF for the UV shot: 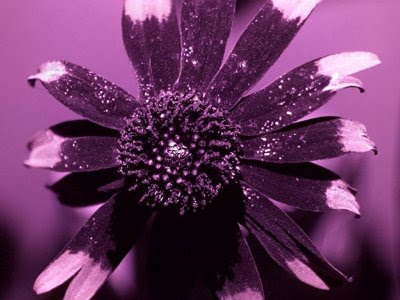 and some shot from the side in much higher magnification using UV Rodagon 60mm + Baader UV/IR Cut filter to show the fluorescent pollen: 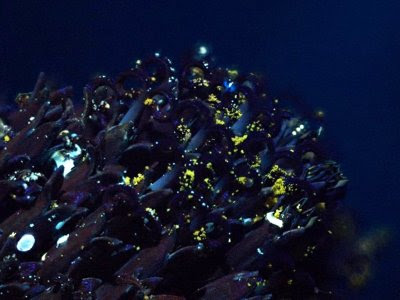 So in total I would find that litte gem quite useful...

Even more so since now it has been enhanced, so a camera is able to trigger the unit as long as the shutter is open to full power and then falls back to a preadjusted value. Quite nice, so one is not exposed to full power all the time and handling is much easier. 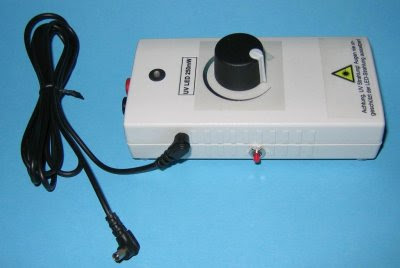 A further enhancement is an adjustable f1 quartz condensor lens which allows to focus/defocus the UV beam depending on the lighting situation needed. Plus there is also now an adaptor to a quartz or liquid light guide to direct UV light as needed. 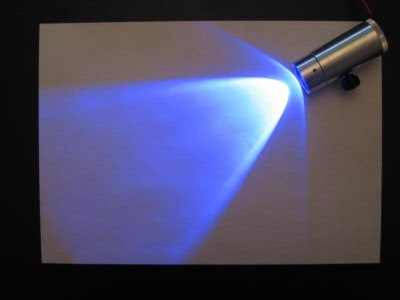 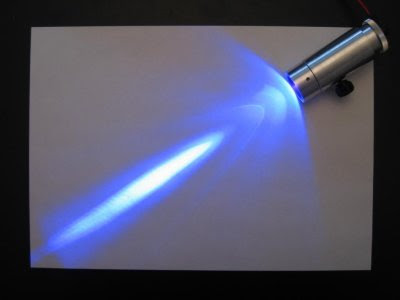 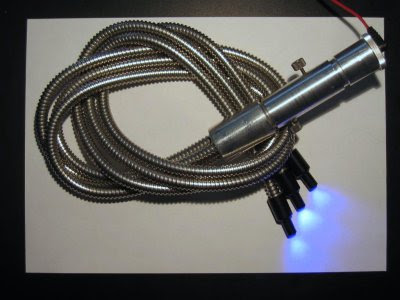 P.P.S.: there is now also a holder for a camera hotshoe which makes operation very easy. 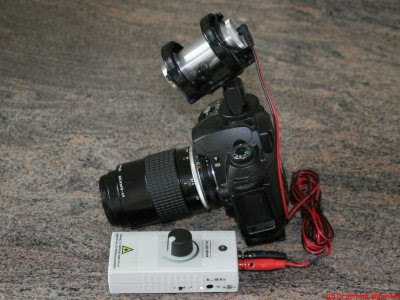 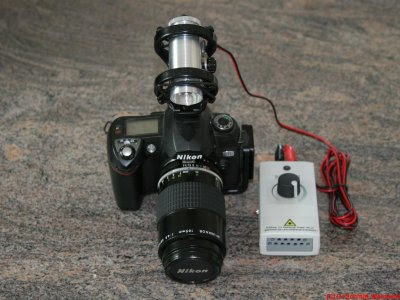 A laser pointer also fits in to make it easy to target: 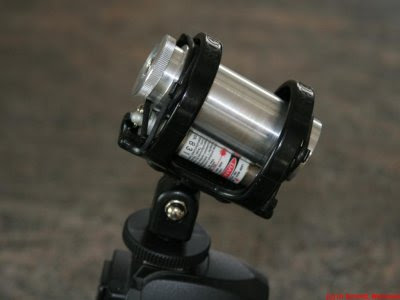 Stay tuned, more will follow on that technical subject...