I was a Canon shooter, always, for many years. Then something happened, I got infected by that "UV Photography Virus" and I switched to Nikon. Why? Easy answer, some Nikon DSLRs are pretty sensitive to UV, but Canons are not. Are they really?

So I did a test after some years of having neglected my Canon gear and shot using the Canon 20D and the Nikon D70 under otherwise identical conditions. 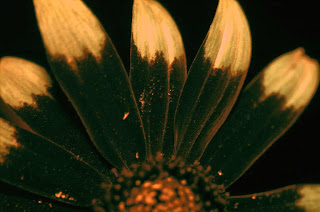 And here is the Nikon D70 result: 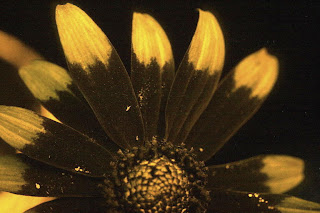 Not much visible difference, right? But the real difference gets visible when we have a look at the exposure data:

That now does not mean you can't use a Canon DSLR at all, it is just that ISO3200 and 30sec exposure are not really that convenient if you shoot somewhat ambitiously UV, irrespectively of the much higher noise which occurs at that high ISO level.

(Remark as of 2017: Canon cameras also use SONY sensors now, no own developemnts, so also Canon cameras have useful UV sensitivity from what I have read and seen)

So I also have this ultra rare Pentax Ultra Achromatic Takumar f5.6 300mm sitting in my cupboard and I wondered how that would perform in UV.

Just opposite my house is that little mountain about 2 kilometers away and just ideal to take some shots from the upper window of the Windeck castle. It turned out that this lens is razor sharp and produces nice differentials (difference between the visible and the UV shot).

It was slightly sunny, around noon (not ideal for shooting UV actually).

The second shot is the differential and shows how the UV shot differs from teh visual obe. Colors were somewhat adjusted to taste.

The detail resolution is quite astonishing for that lens, which may be seen here on the explainatory plate which is about legible from 2ooo meters! 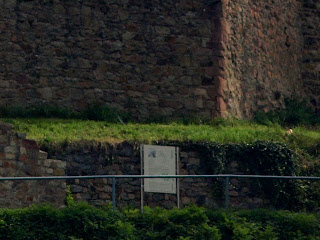