On the Influence of Wavelength used to Depth of Focus

I have been wondering about the fact what happens to the depth of focus (DOF) in multispectral imaging, i.e. what happens if you leave all the same except the wavelength of the light used. The known formulae indicate that if used UV instead of visible light the DOF should get smaller, but there have been experts claiming the opposite. So lets see if real tests confirm the theory or not!.

In all cases the UV Rodagon 60mm served as taking lens, focus was not adjusted between shots.
A Baader UV/IR cut filter was used for the visible light shots, a baader U-filter for the UV shots and a B+W 092 IR filter for the IR shots. Light sources were a tungsten lamp and my Nichia UV LED lamp (365nm).

A precise Carl Zeiss glass ruler served as a target. Distance of focused point to CCD/Chip was 320mm, height of the camera above the target plane was 245mm i.e. the shot was done at an angle of ca 50 degrees.

I tried to keep the exposure constant for the VIS, UV and IR shots while I varied the aperture in the sequence 5.6/8/11/16. Aperture setting was used as a parameter between the shot series. 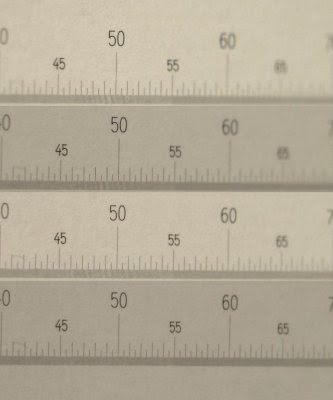 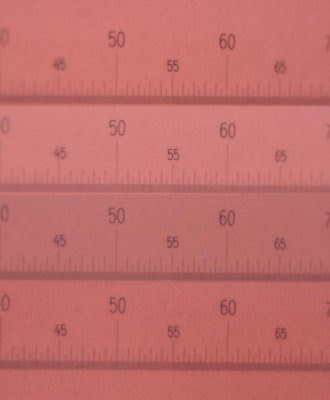 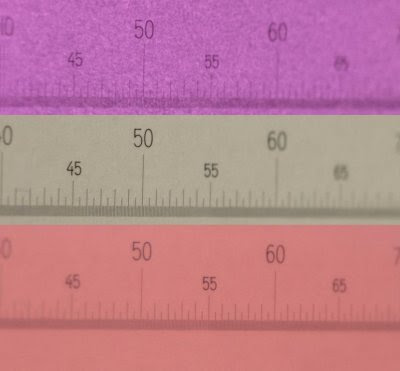 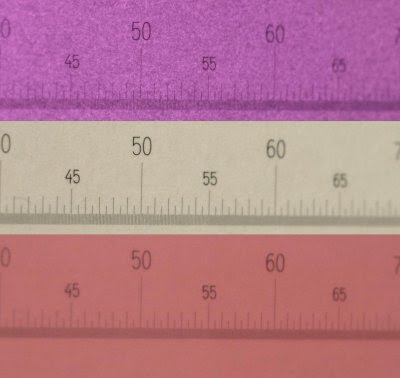 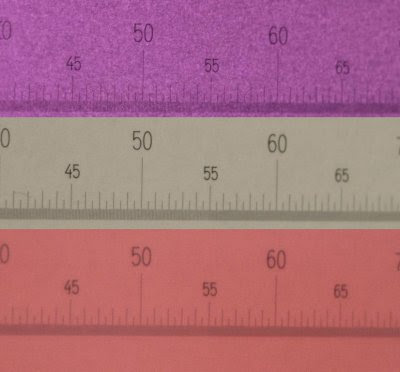