Well, an old collectors rule is "everything comes to him who can wait" - that it would be 16 years from when I first learned about that lens and personally had contact with its inventor Richard Nye, I had not really expected.

Now a few days ago I was able to acquire three prototypes of those lenses, made 1992, which came from the estate of the inventor, Richard Nye, who has passed in 2007, then 77 years old. His company, Nye Optical, La Mesa CA, unfortunately does not exist anymore.

So, the scientific lenses he invented and custom made were for deep UV recording (capable to work beyond 200nm, especially made to record the 121nm Lyman alpha lines, hence the name - only in vacuum or nitrogen atmosphere of course), but having no chromatic aberration also in VIS and IR. It is a catoptric (reflex) Cassegrain design, which came in f2.8/200mm and f1.1/90mm versions for full format cameras (43mm image circle), but also for intensifier tubes and video cameras (25mm image circle), with focusing from 250mm to infinity and some adjustable 50mm resp. 18mm back focal length. 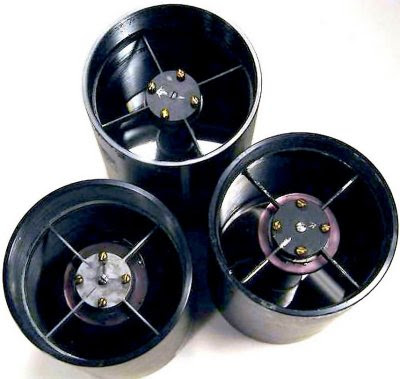 Inside the aluminum housing resides an about 25mm (1") thick quartz (ZERODUR most likely) mirror block, front aluminized plus a secondary mirror (most likely made of the same material) held by an adjustable metal "spider" in front of that first one. Quite built like a small 90mm diameter Cassegrain astronomical telescope.

DOF at one (1) meter (3ft) is as thin as a razor blade when using the Lyman Alpha f1.1/90mm lens and that doughnut shaped bokeh etc. makes it fun to use. So here a first visible light shot: 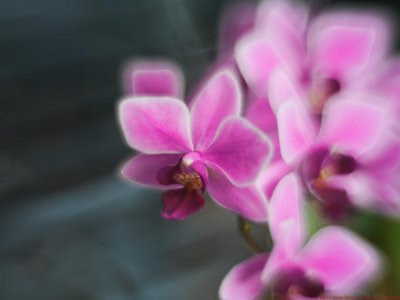 Additionally a short test video I shot using that lens:


which shows its dreamlike/surreal/ethereal rendering of images.

More info on this very interesting field may be found on my site http://www.pbase.com/kds315/uv_photos
Gepostet von Dr Klaus Schmitt unter 11:00 AM