How to determine the length of a focusing helicoid

I have been asked, if there is a way to simply determine the needed length of a focusing helicoid to reach infinity focus [when mounting for instance an enlarger lens, or lens without own focusing mount to a camera}.

Yes, it can be determined, if you have the register length ("Auflagemass" in German) for a given length. If not, measurements or an approximation have to be used.

that also means that HLI cannot be negative and has to be at least some 15mm or so (shortest Helicoid I know of; but there is an exception). This also explains why with some lenses infinity focus cannot be reached.

If RLL is not known, the following procedure allows to measure it approximately:

Take a white sheet of paper, a ruler and your lens, hold the lens in front of the white paper in a darkened room and point the lens front with fully open aperture to the outside to a far away bright and contrasty object (can be the sun, but be careful not to burn the paper, or a hill against the sky) at least 100x further away then the focal length of that lens until you get a sharp image on that paper. Now measure the distance from that paper to the flange of the lens (end of the thread or mount (could be bajonet etc.) - not just the physical end of the lens!). This is approximately RLL.

If you want to use that lens for macro shooting, say at 1:1 magnification, then point the lens using the same procedure to a bright lamp (desktop tungsten works well) until you see an projected image which has the same size as the original lamp (us the visible lamp filament for instance (stepping down helps if the image is too bright). Keep that position and repeat the measurement at mentioned above). That gives you the approximation for RLL(1x) at magnification 1x.

HR = HL(1x) - HLI is the range your helicoid has to cover when turning from infinity to 1x magnification (you can replace 1x with any wished factor of course). If HR is too long, it has to be replaced with a shorter helicoid and a tube of fixed length (say to reach only 0.5x for instance). [Example, if you would need HR = 50mm and the longest helicoid you can find is 25mm, then add a 25mm tube to reach 50mm]

I hope that was not too complicated...

Here a few images that explain that in a few images when mounting an enlarger lens (here a EL-Nikkor 3.5/63mm to a Nikon D200 camera for infinity).

First let me show how different long helicoids look like (from a astronomer shop): 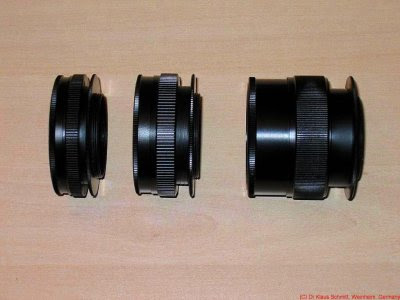 Enlarger lens (with filter adapter ring to 52mm) with Leica thread mount M39 (also called LTM and is precisely M39 x 26tpi), M39-M42 adapter ring, M42 helicoid (that helicoid has Nikon mount on the rear, usually a M42-Nikon non-infinity adapter ring would have to be added): 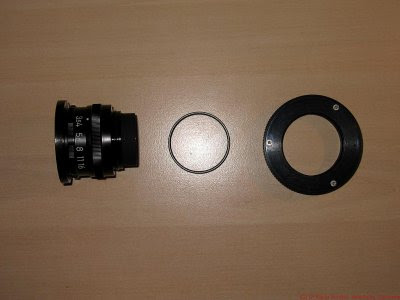 all parts assembled (screwed into each other): 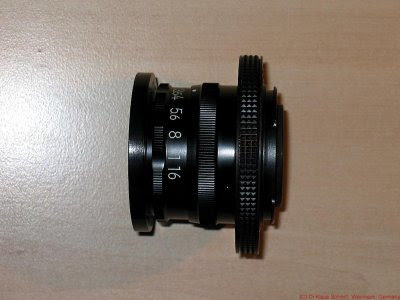 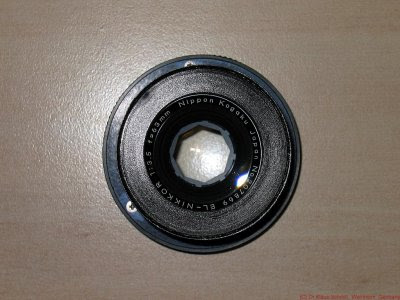 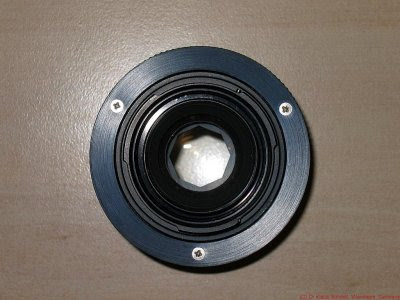 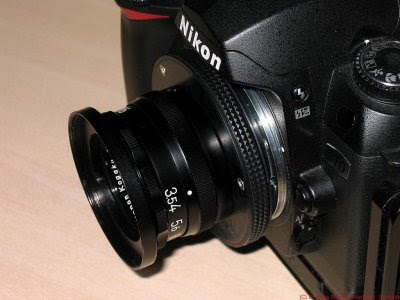 Take that indicative, it may need a much longer helicoid, if the lens has a much longer focal length, like 105mm or 135mm for instance or you don't need it for infinity but for close-up or macro shots.